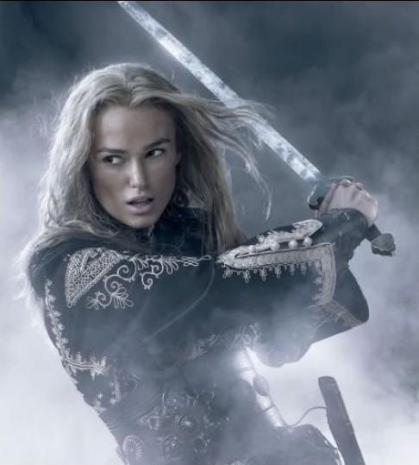 This Morning, a thought hit my spirit, and I am giving God the credit for it. Back in the 90’s deliverance sessions were going on, everywhere. Sometimes, preachers who had been led to “cast out a demon” were so ambitious about casing out demons, they would be in prayer lines and try to push people over, or maybe they would smell cigarette smoke and try to cast out the demon of nicotine (in Jesus’ name.)

First off, if you don’t believe in God, we probably better not have this conversation. At the same time, some don’t believe in God, just because he’s been misrepresented by those who are called christian. Which is exactly why, Jesus was so upset with the Pharisee types when he walked the earth. They were misrepresenting him, so he had to straighten them out. Why? His potential children, were being shut out, by them.

Now when people say ‘go deeper” this is what deeper means. You touched the surface of what God wanted to say (via his word) and he wants you to get more depth out of that passage of scripture. In Luke 9:49 the disciples said “we saw someone casting out devils in your name, but we forbade them, because they don’t follow us.”

Wow! Here we have early signs of elitism, and Jesus cut it off at the pass. “If they are not against us, they are for us,” he said. “Do not forbid them.” Wow!

There are times I am going to believe for something (because God has put it on my heart to do so) and someone will come along and try to argue with me. I can tell they are not in the Spirit of God right now, so what spirit are they of?

People who are proud of their “independent spirit” do not want to believe they are influenced either by God (and his truth) or the devil (and his lies.) It’s funny how a society so against black and white (concrete) statements, who want to believe nothing is that “cut and dried,” also want to know gravity always works, and the ground is very solid under their feet. Who would actually build a castle of sand? (on Purpose?).

Not I, and likely not you, either! But the truth is when we refuse to see there are two influences (God, and the devil) in the spirit realm, we risk listening to the wrong voice and building our spiritual lives on  the sand.

Did you ever see Jesus command a religious spirit to get out of a guy? Me neither! WHY DID Jesus rail on the Pharisees so hard? He just was not nice to them! I can hardly get it out of my brain, how Jesus said “snakes, vipers, whitewashed tombs!” I shudder to think of the reaction, if we walked up to someone and said that, today.

Why did he do it? Why did they not get compassion, since the devil causes all the bad things? I”ll tell you why. They were hardened by pride, in all of their supposed knowledge. They needed a hammer, taken to the rock of pride within them.

And that my friends, is another way to cast out the devil, and his lies. -Laura Grace

I was that "unpopular" wierdo kid, that didn't fit in anywhere, in High School. I guess I never knew my place in life, until Jesus took me in. I've been rejected, misunderstood, left out, bullied, abused, scandalized, and labeled. In 2002 I got on a bus and left a marraige of sixteen years, that was fraught with abuse and heartache. In school, I used to be so afraid to stand in front of the class and speak, my hands woud visibily shake, and I could not look at my audience without being terrified. Years later, I find myself leading a school music production, speaking in front of churches, and walking around with confidence, because I know the King of Kings is at my side. My ministry, prayers and blogs are directed toward those who feel like they were never enough. You never fit in. You lacked confidence. My understanding of scripture was hard-won. I may not be the most theological person you ever met, but I am a daily studier of the word of God. I believe he wants to talk to you (and to me) and that your relationship with God is every bit as important to him and his relationship with some big-name minister. He cherishes you. My main thrust is evangalism to the lost, hope to the hurting, and revitalized love to those who thought they knew God, but someone cut in on them and told them they didn't. If I can help you in any way, if you need a special speaker to speak hope to the hurting, or if you would like a copy of my Testimony book (Grace to the Rescue) let me know. I am here for you. With Love, Laura I can be reached at sisterzeal@yahoo.com View all posts by Laura Grace