Matthew 7
“Judge not, that you be not judged. For with what judgment you judge, you will be judged; and with the measure you use, it will be measured back to you. And why do you look at the speck in your brother’s eye, but do not consider the plank in your own eye? …

Words of Jesus. Now to those who don’t know God “repent” means turn from your answers and turn to God who sent his son to die for you and loves you so much. Jesus didn’t run around pointing fingers at people saying what a sinner they are. He was hard on the religious people of that day NOT the sinners. tell me when you saw him going up to a harlot or a tax collector or a drunkard saying “repent you drunken drunkard” He didn’t do it.

Jesus understood the reason people were doing all kinds of things to alleviate their PAIN Is because they did not know him. He wanted people to know him. that’s why he came!

Now in the congregation it’s a different story. If someone says they are a brother and practice certain lifestyles they are to be told first one on one, then with witnesses, then the whole church can deal with the lifestyle in question. The Epistles (letters to the churches) are not to be used on people who do not know God. Did you know this? ………

This is not considered to be judging the person but judging the lifestyle or habitual sin in question. This is done prayerfully of course. Paul was saying to the CHURCH (not to everyone) you have this guy in your church that “slept with” His Father’s wife it was pretty common sense (what should or should not be happening in the church) but we are not called to be sin sniffers, or “gnat strainers” or Looking to find fault with each other all the time.

If someone made a mistake for crying out loud forgive them! If they are sinning in a way that hurts others and makes them stumble and have trouble serving God Deal with it!!

It’s all pretty common sense really………(the bible) and we really are allowed to use our brains. I wish I had known this long ago when I was trying to be so super spiritual that I alienated a lot of people. In My defense I was trying to get closer to God but the thing was he was there the whole time willing to help me.

Sometimes we can’t see the forest for the trees (so to speak) he is right there…….he really does care……..and sometimes the answer is right in front of us and we are so suspicious of it. I am still growing and I’ve probably outgrown some of the stuff I used to believe. and that’s okay…..because I am glad I am growing. ❤ 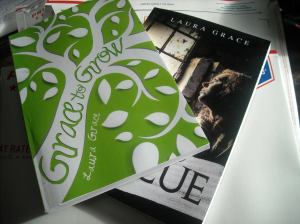 I was that "unpopular" wierdo kid, that didn't fit in anywhere, in High School. I guess I never knew my place in life, until Jesus took me in. I've been rejected, misunderstood, left out, bullied, abused, scandalized, and labeled. In 2002 I got on a bus and left a marraige of sixteen years, that was fraught with abuse and heartache. In school, I used to be so afraid to stand in front of the class and speak, my hands woud visibily shake, and I could not look at my audience without being terrified. Years later, I find myself leading a school music production, speaking in front of churches, and walking around with confidence, because I know the King of Kings is at my side. My ministry, prayers and blogs are directed toward those who feel like they were never enough. You never fit in. If I can help you in any way, if you need a special speaker to speak hope to the hurting, or if you would like a copy of my Testimony book (Grace to the Rescue) let me know. I am here for you. I also have a new book out "Confidence". With Love, Laura I can be reached at sisterzeal@yahoo.com View all posts by Laura Grace

One thought on “Common sense Christianity Judge not! what does it mean?”