I know a lot of people aren’t going to agree with me: However I am compelled to share on this at least a little bit on this today (my own personal testimony). James said via the Holy Spirit; “submit to God, resist the devil and he will flee.”

How this happens has been depicted I everything from exorcisms to lengthy deliverance services while praying in tongues.

In the battle of Jericho warfare was walking silently around the city for several days; doing exactly as God instructed. I’m pretty sure Noah was resisting the enemy (in surrender to God) when he just kept building the Ark day after day; no matter what was going on around him.

How God Leads Christians to do spiritual warfare is up to him. Instead of wondering why we all do things differently sometimes; Maybe it’s time to ponder how we can rejoice over our differences and maybe pick up some tips from each other rather than squabbling over these things.

Some people resist the enemy of their souls by simply refusing to listen to the negative thoughts that hit their brain; others command him to flee in the name of Jesus.

But I do wish to remind you that even in a war; the soldiers are accountable to listen to the commanding officer; they are not allowed to just shoot whenever and wherever they want to without consequences.

I am reminded of the passage where it is said if we cast out demons but do not KNOW Jesus he will say: (do you know what it says?) ………..

The scariest type of Christian is one not surrendered to his commanding officer (Jesus; bishop of their soul!).

I think it’s good for us all to remember Salvation is not a “one time event” but an ongoing choice to learn and grow up in Him no matter what type of perilous times we are living in. Let’s Grow! #growing #growing in Grace 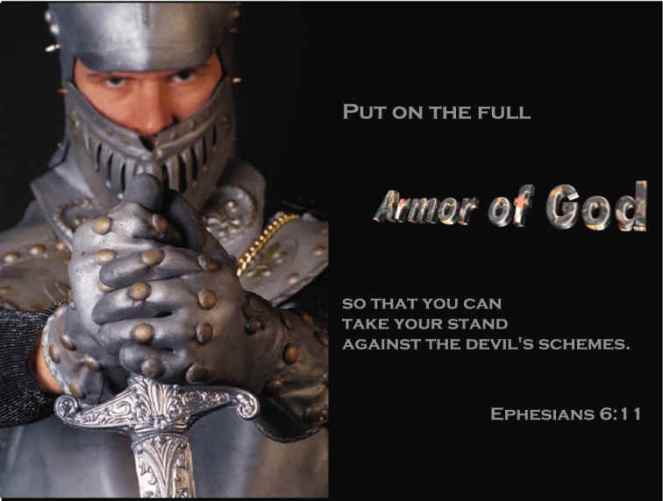 I was that "unpopular" wierdo kid, that didn't fit in anywhere, in High School. I guess I never knew my place in life, until Jesus took me in. I've been rejected, misunderstood, left out, bullied, abused, scandalized, and labeled. In 2002 I got on a bus and left a marraige of sixteen years, that was fraught with abuse and heartache. In school, I used to be so afraid to stand in front of the class and speak, my hands woud visibily shake, and I could not look at my audience without being terrified. Years later, I find myself leading a school music production, speaking in front of churches, and walking around with confidence, because I know the King of Kings is at my side. My ministry, prayers and blogs are directed toward those who feel like they were never enough. You never fit in. You lacked confidence. My understanding of scripture was hard-won. I may not be the most theological person you ever met, but I am a daily studier of the word of God. I believe he wants to talk to you (and to me) and that your relationship with God is every bit as important to him and his relationship with some big-name minister. He cherishes you. My main thrust is evangalism to the lost, hope to the hurting, and revitalized love to those who thought they knew God, but someone cut in on them and told them they didn't. If I can help you in any way, if you need a special speaker to speak hope to the hurting, or if you would like a copy of my Testimony book (Grace to the Rescue) let me know. I am here for you. With Love, Laura I can be reached at sisterzeal@yahoo.com View all posts by Laura Grace