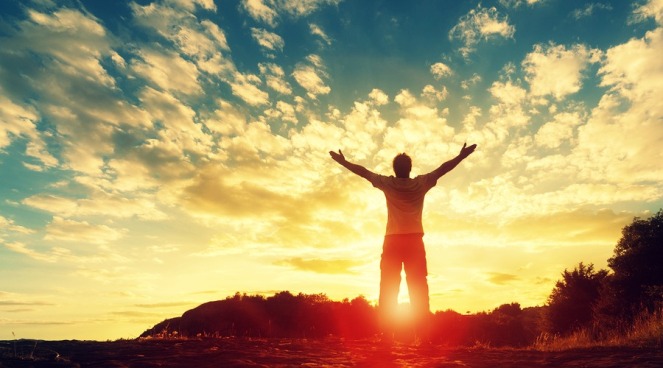 Bob Pittman, a pastor in ND at a church we attended, used to pray every service “Help us Lord to honor you.” Today when I stepped into the church door, that’s what I prayed. That prayer struck me as a simple thing I can pray when I don’t FEEL like worshipping God.

When I have things i feel but shouldn’t say, When I’m hurting, when I am even a bit disappointed in how things are going right now……When I do not know exactly WHAT God is up to or why his answers seem to take so long…….

This is a prayer I can grab onto. “Help Me Father to Honor you.”
It reminds me of B. Hinn who said he was called, but didn’t want to go and God told him to pray “Pray that you’ll be willing to be willing”

Sometimes the things God asks us to do seem staggering, or imposssible. Sometimes our friends or companions seems to make light of how hard the struggle is. Some days when you have taken many hits from “life in general” it’s a big effort to jut get out of bed, and keep doing the right thing. SOMETIMES we don’t know how to pray.

Some days we are just tired of having hope, and wonder if it would be better to give up, give in and wave the white flag at the devil and say Fine …….’just do me in” There are days I can’t even articulate how I feel-and I wish I DIDN”T HAVE FEELINGS!

But then, I”d be a robot. I would not feel love, or passion, or any of the wonderful things God wants me to feel. So in our grief, even in despair we can still Honor God with our Lips, and pray our heart comes in line with his. ‘Father, help me to Honor you”

It was the very best I could give today, and it led to exuburant an sincere Worship!!! thank you Father! thank you! you are my strength, you are my song. i will praise thee, all day long! And Worship? It’s telling God how much you love him! Right? Pretty simple

Let’s define love again, Shall we? the 1 Corn way.

1 Corinthians 13:6
Love does not delight in evil but rejoices with the truth.
I can still hear Margeret Becker, playing on my cassette deck singing, “NO Labor of love is in vain…….precious jewels are changed to jewels in the rain……” (Never for Nothing, by Margaret Becker). I can remember how hard it was to beleive that. My book Grace to the Rescue, is only available on Kindle right now. It was my first attempt at authorship and no…I didn’t go to school for writing, and no publisher approached and me and said “Hey, you should write a book.”
It came about because I could not tell my story without constant interuptions.
I would say what I’d been through, people would quote 1 Corn to me, and tell me I should read it. I read it 1000 times (or more) and, I lived it.
And no I’m not living in the past. I was on auto-pilot, trained to love, by the church and others. I stuck up for my church zealously too, I might add, and for those that advised me poorly.
When People saw the abuse I was going through I thought standing up for 1 Corn 13, was standing up for Jesus! Nobody, and I mean nobody, was ever going to get me to give up on believing for my marraige to last.
Now that I have been (gasp) divorced, and yes re-married (for 15 years) I have added forgiving all the crazy, inconsiderate, mean-spirited, and even clueless people who tormented me for years with the very passages of scripure I loved.
I fell in love with God’s word when I became born again 30 years ago. It came alive to me. My family will tell you I would not shut up about Jesus, and I would not stop witnessing and praying for people either. Thousands of times (Thousands) I said “THANK YOU FATHER FOR Healing my marraige!”
You have to remember, Jews were brought up in God with their parents inolved in the marraiges, along with many teachings about marraige. Nobody ran to a court house and got a certificate, back in those days, nor ran to Vegas and woke up saying “what did I just do?” There were serious laws (from God) about how a man treated his wife, and laws for the wife and children as well.
There was not crazed druggies making their spouse’s lives a living hell every day, after they married them in a spur of the moment decision on a court house lawn.
We’ve learned to say things (like little parrots) and it needs to stop. God hates divorce. He hates sin. He hates that you married the wrong person. He hates that you didn’t know him when you were young…….
He hates sin, because it seperates us from him. Living in sin on purpose keeps us apart from him and he loves us so dearly, he sent his son to die for us. Sin is walking in constant error, deeming something to be more important than he is. God told Adam and Eve not to eat from that tree, (of knowledge of good and evil) and they did it anyway.
If you are abused, God loves you. He wants to help you. He came to make the captives free.  Yes I did 16 years of working on me, changing me, before I ever walked out that door. Yes I learned to love to forgive beyond 70 times 7. And I don’t regret it, but I did need to get out of there. Better to lose your hand or foot (spiritually speaking) than to be dragged to hell with them.
Maybe you won’t have to get divorced, maybe you will. I don’t know. But God loves you enough to say, “You matter.” I made my laws for you, to protect you, because I love you my dear.” He said these words in his Holy Word: “I made the sabbath for man, not man for the sabbath.” Think about that for a minute, will you?
I have copies of my book (Paperback) grace to the rescue, published in 2013 if you are interested in one, write me sisterzeal@yahoo.com

So where’s your faith today? Or what is it IN? That’s my pondering for this morning. You know I didn’t just have faith in God automatically, nor was I willing to risk my neck (or life) Over what some “Person” told me.

Why would we ever do such a thing? The first time I ever did it, I did it out of love. Yes, Love. I did love a person enough, to follow him around just because he said things would be okay.  And they were not okay. I looked back at my life one day, and I’d heard a lot of sermons about faith, and taking risks for the sake of Jesus, and seeing miracles happen. I realized Faith based outcomes involve risk.

So I left my job and moved to a new place, trusting God about the outcome. That was in 1989. It is the first time I can remember saying “Okay Father, I am putting myself and my children, in your hands.” Want to know what happened? Our rental caught fire! Everything I used to get to that place “burned up” In a moment’s time.

Then I cried, then I watched God take care of us, and then watched him restore me, and we were okay. Faith walks can often be a bumpy ride. We have to decide if we are going to KEEP BELIEVING in Spite of what we see! Do we believe, or don’t we? And why? What has shaped your faith? We all have a measure of faith. Are we believing for good things to happen, or bad things? And have we placed our faith in people, or in God Almighty? And are we letting him do it his way, or insisting he do it our way? That is the question! (something to ponder today).

(PS, this story was taken from the book, Grace to the Rescue, by Laura Grace) LG

If you want a copy, write me at sisterzeal@yahoo.com My publisher went out of business. And guess who is having faith STILL despite this trial? 🙂 that’s right, I am!