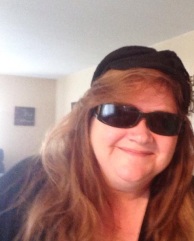 I want to share a little over a week ago God Led me to forgive some stuff. After I did it, I realized how many people I had let down in my life time. That was God’s Grace (TO ME!). I have to wonder,if my forgiveness allowed the Holy Spirit to reveal more to me about myself, and lift the blinders from my eyes.

We All have expectations of people.

Some is based on how we are raised, how we understand the bible, or whatever else. People can feel they are offering the help they have to offer, and you rejected it (or them) and I mean to tell you what, there are SO MANY THINGS the devil can (try) to turn it into an offense, I simply cannot list them all here.

I’ve had people reject what I had to say when I thought it was God’s will I said certain things. It hurts, because we think we are giving a gift, and it just got rejected. If it happens 100 times, we may be at risk of getting offended. You’d be suprised how many people have “rebuked me” when I talk about Growing In Christ.

There are some who believe getting saved leads to this “instant Jesus pudding” and we automatically grow, without any real participation on our part.

Growing in Grace is a message that is balanced, and between the “Auto Pilot’ thing and the “being under law” mentality. Growing up IN Christ is a sensible and sound message, but not a popular one.

Therefore, I am delivering a word God asked me to deliver …..and yet those who seem to have the pulpit do not always agree. Does it stop me?

NO! It will not! And, I must not get offended. If I do, I will ruin myself.

I”m so glad when people tell me things like, “I waved at you, you didn’t wave back”. So many times, I just did not see them wave at me!

There are times people forget, don’t hear us, or do not understand how important something is to us. (really). Don’t fall for the “all about me” mentality. It’s a monster! 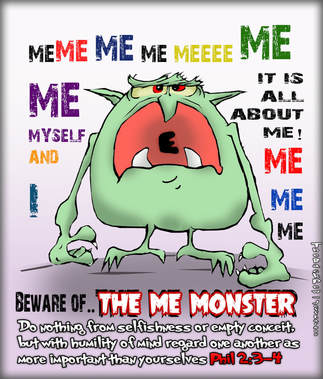 Yes, there are times people have been little snots, but it’s not all that often. Most of the time when people hurt us, it’s quite accidental.

The important thing is that remain “not offended”. If I’m not, I can go foward in Christ.

Proverbs 18:19 says “A brother offended is harder to be won than a strong city: and their contentions are like the bars of a castle.”

Don’t put your walls up. It’s just not worth it to miss out on what God has for you next.

Laura Grace, Author, Grace to the Rescue and Grace to Grow, available on Amazon. 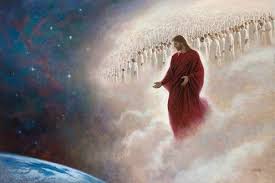 If God was in Control, it would mean he is unjust. According to that theory, he is picking and choosing who he will bless and not bless. He is deciding who will be saved or not saved. He just goes by his whims, because he is God. That’s superstition, not the truth.

He can guide us, but only based on the decisions we have already made in our heart. If we have decided we will do it God’s way (not matter how bad it hurts) Then he can guide us, to where we are supposed to be going next. That guidance will be based on God’s wisdom, and what is ultimately best, for us.

I see being guided by God’s Spirit is a lot like how a remote-control car works. There is an inner mechanism, which responds to the person guiding the car with this other device.

We may need to allow God to put something IN US Before he has something to work with day by day, In His Guidance, of us. That’s why we study, and pray. You are not some special exception to this rule.

God responds to prayer, which gives him access (to rule and reign) over the situation. He would not tell us prayer is so important, and then turn around and say, “I’m in control.” That doesn’t even make any sense.

He Rules and Reigns.  now, he may want obedience before the request gets answered. He may say “Put mud in your eye,” Or “Go study this passage” Or “go to this church” or “Go see this person” (As that too, is guidance.) WE choose. Yes/No.

The idea that “God is in Control” probably came out of frustration, for someone who wondered why things went as they did. “I was having faith,” they said, and “things went badly.” “What happened?”

Someone told them well, “God is in control” and it’s up to him, for he is God!

Was God “In conrol” when Annanias and Saphirra decided to lie (and listen to to the devil rather than God?) Books of Acts, chapter 5. No, they made a decision.

It reminds me of the parent who says; “Because I said so!” To a child who is asking why they must do a thing (they do not wish to do.) God is willing to give us understanding. He may make us wait for it, until we are capable of understanding or ready to understand, as he did say, “I have many things to tell you but you cannot bear to hear them now.” Sometimes we are just not ready, or prepared to hear the truths, which he wants to get across.

Especially in cases where we may find out, “we’ve doing it wrong all these years.” That my friend, is something we need to brace ourselves for, before we’ll be ready to hear it. “The Lord Reigns!” Very different from “In control.” K?

Years ago, When I was studying and in prayer, (asking God to speak to my heart) Matthew 15:32 seemed to jump of the pages to me. In this passage, Jesus was moved with compassion, because the people had been with him, listening to him, for three days and had nothing to eat.

Yes, the very same Jesus who said; “It’s my food” to do the will of my Father in Heaven.” I don’t know why sometimes God “speaks’ or sometimes he points out something or sometimes, He gives us a dream (to interpret).

Maybe He likes being creative? Or maybe he has a deep reason, but whatever the reason, that day, He spoke to me by magnifying this passage to my heart.  THAT ONE REVELATION Revolutionized my thinking!

I used to ask God, “So how come you gave me miracles of cheese, and other miracles take so much longer?” One word. Compassion.

So, who wrote this book of rules, I wonder? The one that says “This” deserves sympathy, and “that’ does not? We have people who understand: Maybe that person needs a miracle of the rent paid, a piece of pie, (and coffee) or some cheese to give them hope! God did 3 cheese miracles for me, by the way, it’s in my book. How often I learned, not to tell certain persons of my issues, for they might say “WELL now I know a person who is sick an dying in the hospital” (and try to SHAME me for daring to ask God for some cheese!).

“Shame on you” Condemnation says, “People are really suffering, somewhere, and here you are whining about your shoelaces being tangled up!”

SO I did not just learn from what Jesus said, but from what he DID! HE did not feed the whole world that day. He did not go start a soup kitchen. He fed the kids that were following him, listening to him……….and they wouldn’t have starved……

“Lest they faint on the way home” He said, and sometimes, God does miracles so you do not faint in your faith (before you reap a harvest!).

He fed the people following (and listening to him) that day….

a very big clue (into the heart of God)

Your partner in the Faith and knowing Jesus, with Love,