Christmas story #8 Angels on the Tree

I wanted angels on the tree,
and actually prayed for this, you see……..

A friend of mine loaned me hers ……
12 lighted angels…..stem to stern

So I’d just sit and look at them,
Both Looking forward, and “remembering when”
I thought of angels, anouncing his birth,
And I thought about, how much we are worth.

That Jesus would come,for little ol’ me
and help me have angels……upon my tree.

How many times have you heard those words? Never surrender! “Don’t give up” “Hang on Baby ” or as they said in the 70’s “Hang in there! Things will get better!”

The truth is often they don’t (not just because we said they will) at least not in OUR timing. I have to remind myself at times Abraham waited a lot of years for that “one son” and he didn’t live to see the thousands of heirs he had (after his death) Or millions ……

In Genesis 22:17 The promise to him was his descendants would be more than the sands in the sea. That’s a lot of descendants! Then we have this keeper in Hebrews to think on:

“Therefore do not cast away your confidence, which has great reward. For you have need of endurance, so that after you have done the will of God, you may receive the promise”  –Hebrews 10:35-36 NKJV

The Will of God? What is that? Well it depends. For you it may be patience, perseverance-or doing one more thing, waiting one more day, Or just doing what God says when you do not FEEL LIKE IT anymore. I can tell you the will of God is to NOT draw back toward death. When you feel like giving up FIGHT HARDER! Get Mad (at the devil) and say “BACK OFF satan I belong to Jesus Christ! HE WILL DEFEND ME! amen!!

Yes, we all get tempted to give up. Don’t let those ministers fool you! They can’t say it or we’d lose confidence IN THEM. Ministers of God cannot afford to show how scared they are or how frail they feel (very often) Or they would not be the rock or pillar of strength we need them to be. Somebody has to stand up like Moses and say “SEE TODAY HOW GOD DELIVERS THEE!” Someone has to say:

“Things are going to be just fine God is with us”  We Have to! (Why?) Because that’s what being a light truly means…..We can’t give up! We must fight! THERE HAS been Times I felt I could not go on anymore. One of my prayers at those times was this:

“I can hardly go on Father I am overhwlemed right now. “I feel like giving up” and then I would say “but If all I have left is the strength to tell you with my mouth “I trust in you” That’s what I will do. I tell you Father I trust in you and satan I tell you GOD IS With Me”

Right now do what you can! Give it all you’ve got! Don’t give up!

Abraham Didn’t! He did not waiver he trusted God! And that’s all he had to do to secure the promise. -Never Give up Never surrender. It’s not over! 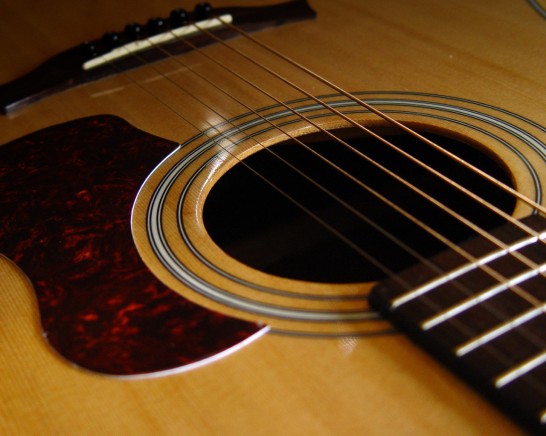 I had a good cry ……I really did (this morning). So Tim had this prostrate exam and had to be punched with a needle 12 times inside of his body which was very painful. He was traumatized by it. Then there is the fact that doctor made it sound like He must already have cancer, because his PSA level was so high. Nobody wants to hear the C word.

He’s just believing every day for a good report, prays every night saying,”Thank you Father there is nothing there”, I just went to “show myself’ to the medical priest.” Laura (miss Faith woman) is saying well, What if they find something? what then? but I am praying against it of course (I am) Because I DO believe God is our healer …..and I do.

On top of that, I’ve been having insecurity issues over whether I was ever supposed to write books or send out brochures or any of it…

Because Honestly, I can remember any time I’ve “heard from the Lord” there was always a barage of voices right after that, telling me I didn’t, or that I’m just crazy, or I just heard what I wanted to hear, or “those voices in your head” Girl, “Maybeyou should get your head examined.” But it doesn’t come from my head, it comes from my heart. The Very place where the Holy Spirit dwells (within me) and HE has said a lot of things to me he hasn’t SEEMED to have told anyone else.

Years ago, he talked to me about Jezebel in the early 90’s. the people I told thought I was nuts, because there were no books about it then. 15 years ago he was telling me some marraiges are not Joined together by HIM and again, no books about it, up until now (15 years later). He tells me to speak blessing in the face of evil, so I do!

Then I get accused of sticking my head in the sand. I’ve lost friends because my stance with God seems to be so threatening somehow, AS iF I am judging what they believe! I”M not! But let’s face it folks, when we make a strong stand for something we are GOING TO BE ACCUSED of being Judgemental.

Even if all we are doing is standing up for what GOD told us! Speaking of strings, they don’t all sound the same! but they all together sound very good! And if one string is missing (on my guitar?) It sounds pretty bad!

IF you can bear with me a moment, on top of this I’m feeling so “NOT NEEDED” Here lately. I sat out on the prairie looking at the fields of barley and wheat and said “you know I feel so un-needed” and I spilled out and poured people who used to need me or who used to care and I cried and wept profusely. I thought about when I was in school and nobody ever picked me for the team, and I was second string in Basketball.

“I Don’t feel like 2nd string” I said, I feel like 5th string” (crying some more) …..And my heart is saying just take away this desire to minister Father it’s killing me!” And you knowwhat he said? “Well, what would happen if the 5th string on your guitar broke?” “It would play bad Father” ….”Yes, it would.’

Now I can’t get past what He said to me. I can’t get around the truth that truly, without the 5th string on my guitar, it would sound pretty bad. so much for excuses! so much for pain and emotional misery! I am 5th String! And I will rejoice in it!

to the Rescue, Grace to Grow, and more upcoming books. stay tuned!